If you are interested in cars or the history of the United States, then the Henry Ford Museum is a must visit attraction.  Located in Dearborn, Michigan, just a short drive from Detroit sits the museum, which is part of a larger complex of Ford related attractions.

When we visited, we only had time for the museum.  If you want to check out the Ford plant and Greenfield Village (which I would really like to come back and see) then you should plan a couple days in the area.  The museum itself will take up several hours of your day and there is so much to see that you won’t want to be rushed.

The Louisville Slugger Museum is a Hit!

The museum is extremely kid friendly (I took my nephew and my son and they enjoyed every minute…not one time was I asked when we were going to leave…a major testament to the museum if you ask me) but the exhibits are extremely well done and appeal to all ages so this could definitely be a part of your couples getaway weekend.  There is so much to see at the museum that a short review cannot do it justice but I will list out a few of the most memorable stops in the exhibit.

1) The Presidential Vehicles – Laid out in the middle of a large corridor are four limousines used by every president from Franklin Roosevelt to George H.W. Bush.  There is also a carriage used by President Theodore Roosevelt.  Of particular interest is the vehicle that President was riding in when he was assassinated.  To my surprise, the vehicle was painted a different color after the assassination and underwent other substantial changes and it was used until 1977. 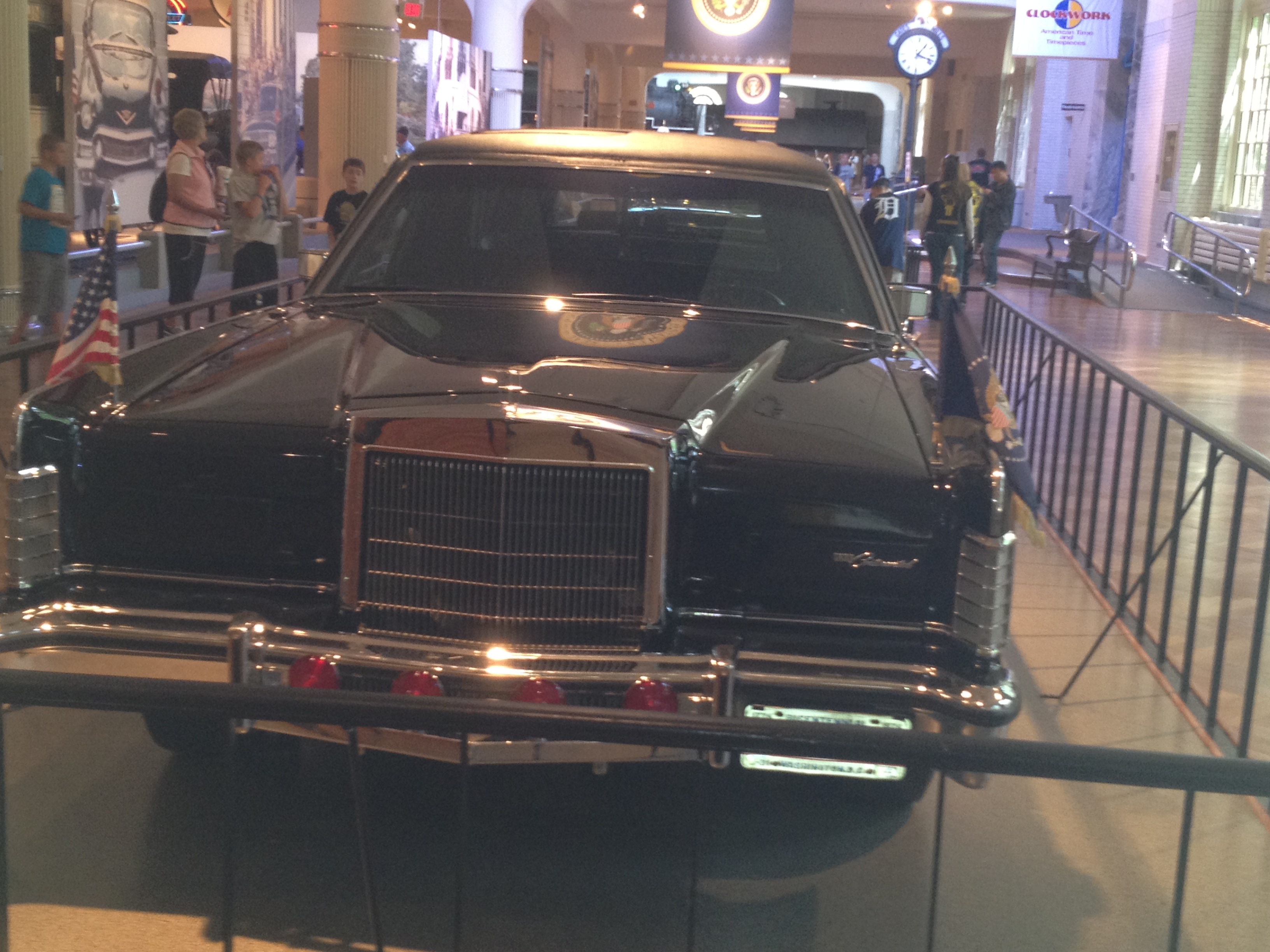 Still, this vehicle was part of one of the most significant events in twentieth century America and getting a chance to walk around it is worth the price of admission.  Sitting in front of the Kennedy limousine is the Lincoln Continental that President Reagan rode to the hospital immediately after the attempt on his life in 1981.

2) With Liberty and Justice for All – This exhibit focuses on the struggle for freedom in America starting with freedom from Great Britain and the modern fight for civil rights.  As you walk through this exhibit you will see the chair that President Lincoln sat in in Ford’s Theatre when he was assassinated.  Further on is the bus where Rosa Parks made history by refusing to give up her seat to a white person.  The bus has been restored to the way it looked when Ms. Parks made her stand.  The museum is very interactive and the Parks’ bus is no exception, you are free to board the bus and look around. 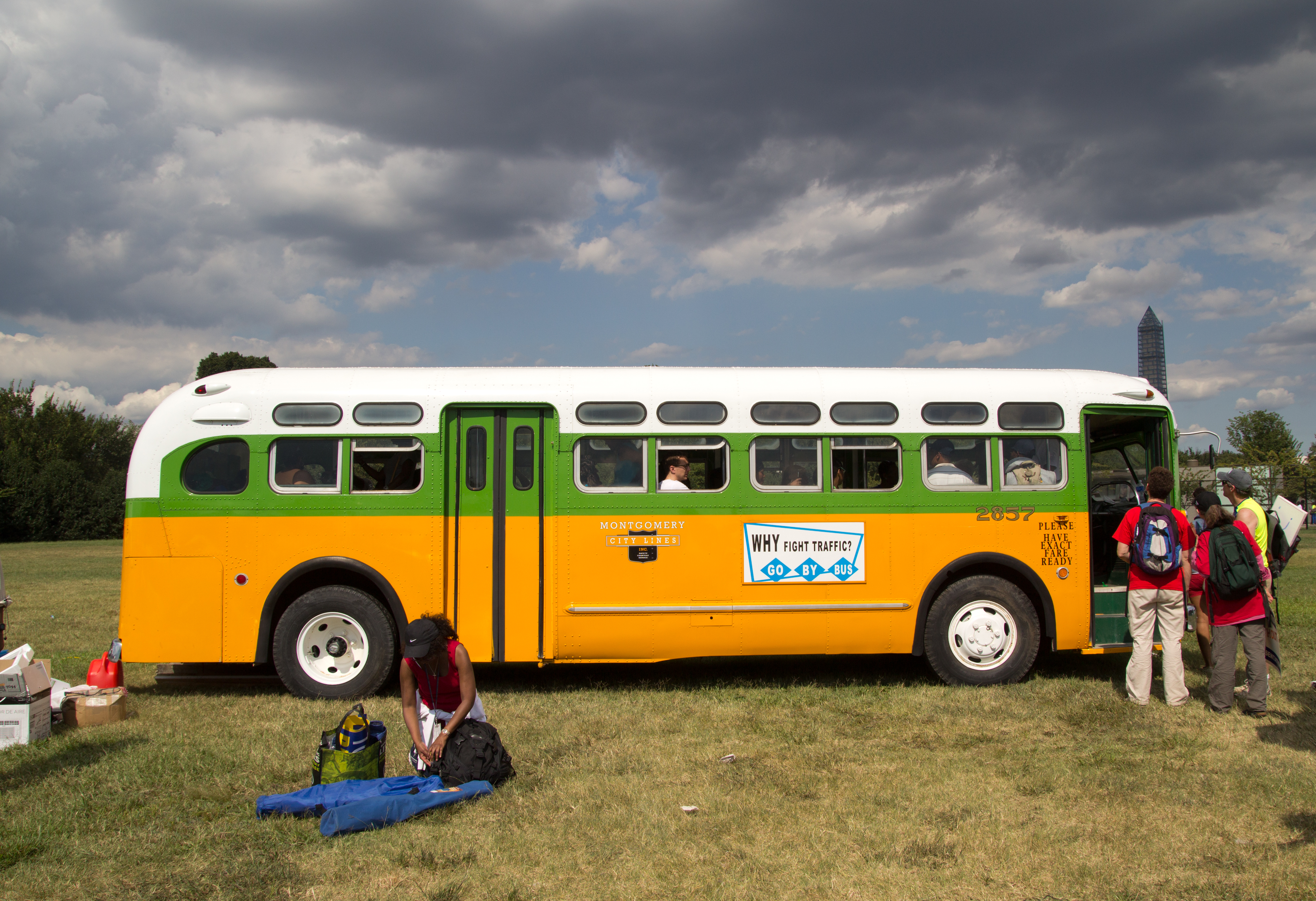 3) Driving America –  When you think of Ford, you think of cars so it’s only natural that at the heart of the museum is an impressive collection of vehicles encompassing a variety of makes and models.  The exhibit not covers the history and innovations of cars but also of the open American road.  They have several restored neon signs and commentary about how the car changed travel in America like fast food restaurants and hotel chains.  We probably spent more time in this exhibit than any other in the museum.

4) Railroads –   The history of the railroad in the US is fascinating and it is brought up close and personal in this exhibit.  There is a very well done model train setup but it pales in comparison to the massive locomotives that you will see,  one of which is over 700,000 pounds!  I spent much of the exhibit wondering how they got these giant trains inside the museum.  The kids also enjoyed seeing the snow plow on display from the 1920s.

5) Dymaxion House – This house was built out of aluminum in 1945 and designed to be the “house of the future.”  This is the only remaining prototype in existence.  The house resembles a spaceship, circular with small windows and silver in color.  The house was created for easy assembly and shipment, though none were ever actually lived in.

Again, this list is an extremely brief overview of the many things the Henry Ford Museum has to offer.  Tickets to the museum are $21 for adults but you get a discount by purchasing your ticket on their website in advance. 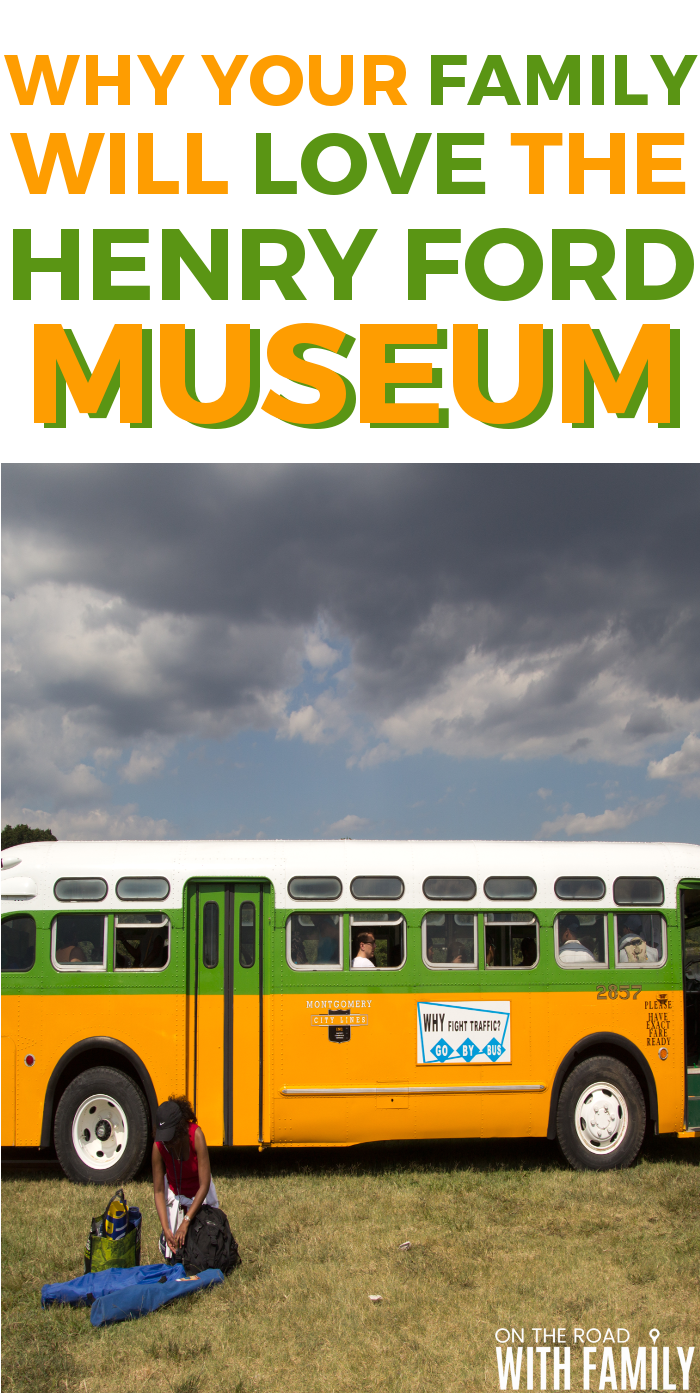