Baseball has long been the national pastime and if you love the game as much as I do, here’s the top ten baseball travel list that you need to do at least once. 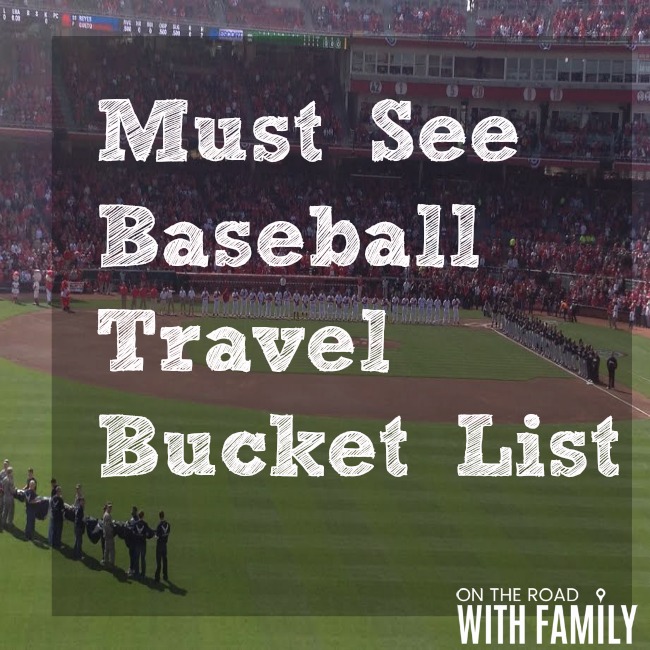 1) VISIT FENWAY PARK – Fenway Park is the oldest baseball stadium in the majors and it has seen some of the greatest of all time take the field. Babe Ruth, Ted Williams, Mickey Mantle and the list goes on and on of the greats who have played in this Boston landmark. The “Green Monster” in left field has stopped countless home runs and has set the scene for game changing homers like Bucky Dent in ’77 and Carlton Fisk in the ’75 World Series. 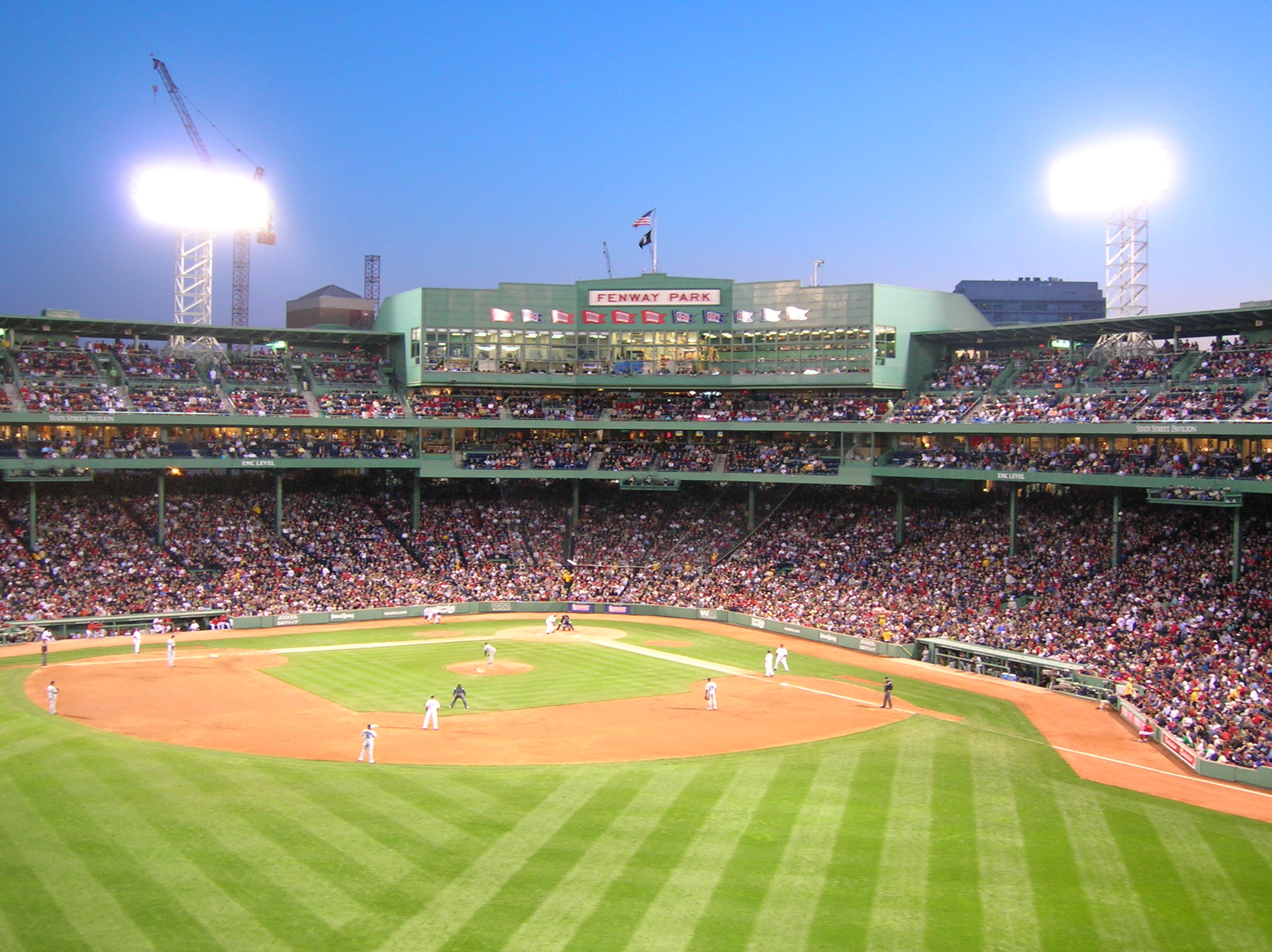 A visit to Fenway is so much fun and you will meet all sorts of passion Sox fans. Get there early and take the ballpark tour. Bonus points if you go there during a Yankees game. I went with a non-baseball fan and she was intrigued with the drama both on the field and in the stands for a Red Sox-Yankees matchup.

2) ALL STAR WEEK – The Mid-Summer Classic showcases the biggest names in the game every July but what you might not no is that there are plenty of festivities going on the weekend leading up to the game. The host city will hold a baseball fan fest that feature various legends of the game telling stories, taking photographs and signing autographs. 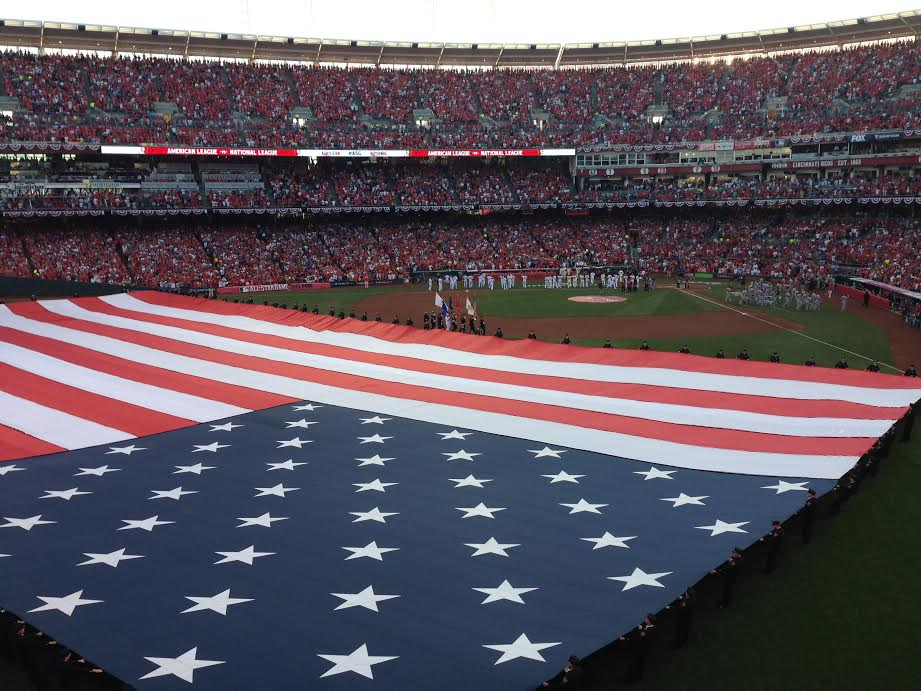 You will also see exhibits from the Baseball Hall of Fame, a memorabilia show and various events for fans of all ages. If you can’t afford a ticket to the big game, fan fest is a cheap way to spend a few hours enjoying your favorite sport. Another cheap ticket during All Star Week is the Futures Game (featuring prospects from every team) and the celebrity softball game where baseball legends team up with celebrities for an exhibition game. 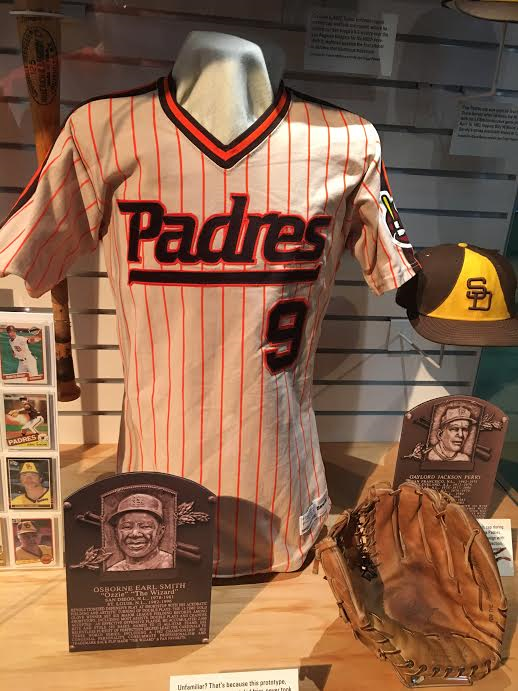 The night before the big event is the Home Run Derby. The new timed format makes the event more fun than ever. Who can forget the actual game itself? Home field advantage for the World Series is on the line as the best for each league face off for an epic exhibition. 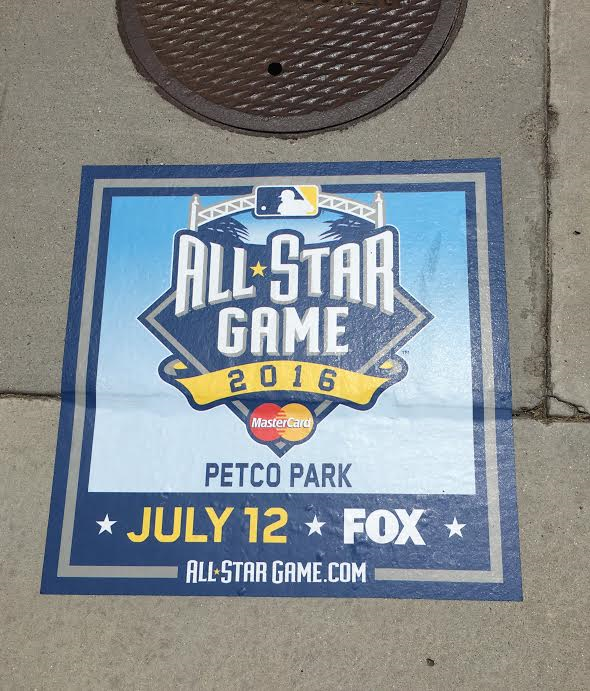 3) SPRING TRAINING – Nothing can beat a week in Florida except a week in Florida filled with your favorite teams in the fantastic spring weather. Spring training games are cheap and a great place to get up close and personal with the players. Autographs are usually easy to come by and if you time the day out right you can check out a couple different games in the same day. Spring training is a great vacation spot for kids as the games are very fan friendly. Some of my best memories growing up involved spring baseball.

4) A VISIT TO THE BASEBALL HALL OF FAME – Cooperstown, New York is a quaint little town reminiscent of Mayberry. Hidden in this sleepy town is the National Baseball Hall of Fame and it is an absolute must do for the baseball fan in your family. The exhibits are extremely well done and there is something for the fan of every team. Their collection of artifacts from both past and present is unmatched. I particularly enjoyed the exhibit on the old time ball parks and the display of every World Series ring in history. Bonus points if you go during induction weekend where nearly every living hall of famer will be in town.

5) MEET PETE ROSE – Love him or hate him, few people have had the type of impact on the game as Rose. If you are familiar with the game, you know Pete’s story but for about $50 you can hear the stories direct from the man himself. Pete spends at least 100 days a year in Las Vegas signing autographs for hours on end. Unlike a traditional autograph signing, Pete spends time with the fans in Vegas. His knowledge of the game, including today’s players, is strong as ever. It’s not unusual for Pete to spend 10 or more minutes with a fan chatting (and checking the horse races on his phone). Pete isn’t get any younger and with the salaries of today’s players, it’s unlikely that you’ll ever get this close to a baseball legend again. 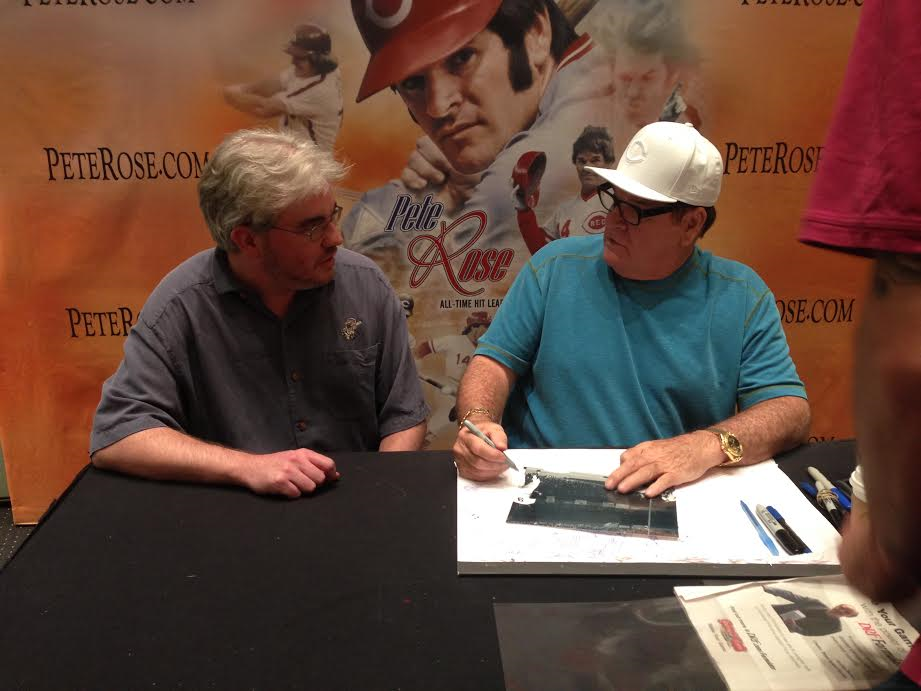 6) SPEND THE NIGHT AT THE ROGERS CENTRE – You can see a game at any park but only one offers you the option to sleep there. The Rogers Centre (formerly SkyDome) in Toronto has a hotel built into the stadium. You can book a room with a view of the field and actually watch the game from your room. It’s an experience like no other.

7) WATCH A GAME IN WRIGLEYVILLE – It’s the second oldest park in baseball and is one of the most unique parks in the game. This is the field where Babe Ruth called his shot and where Harry Caray sung “Take Me Out to the Ballgame” on a daily basis. Plan your trip to Wrigley by getting there early and staying late. With all of bars and restaurants surrounding the park you won’t be in any hurry to get home. Bonus points if you attend a second game on one of the famous rooftops. 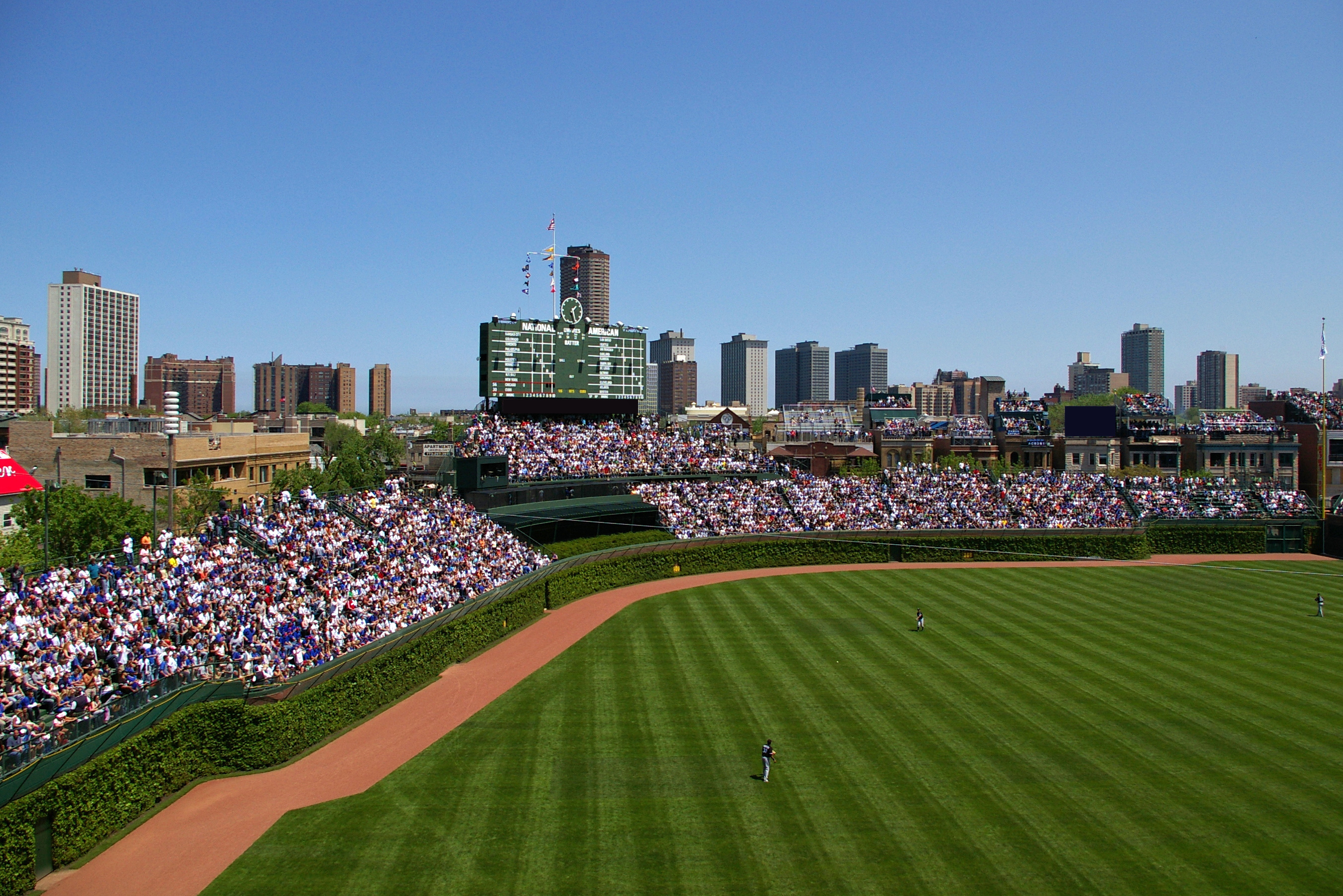 8) OPENING DAY IN CINCINNATI – Opening Day is a fun day anywhere but no one does it like Cincinnati. Home of the oldest baseball franchise, the City of Cincinnati treats opening day like a holiday, complete with a parade before the game. Numerous major leaguers have commented about how different opening day is than the other cities. You will want to start early because any good Reds fan will have called in sick for work and will be out in the crowd watching the parade and enjoying a few brews before the game starts. 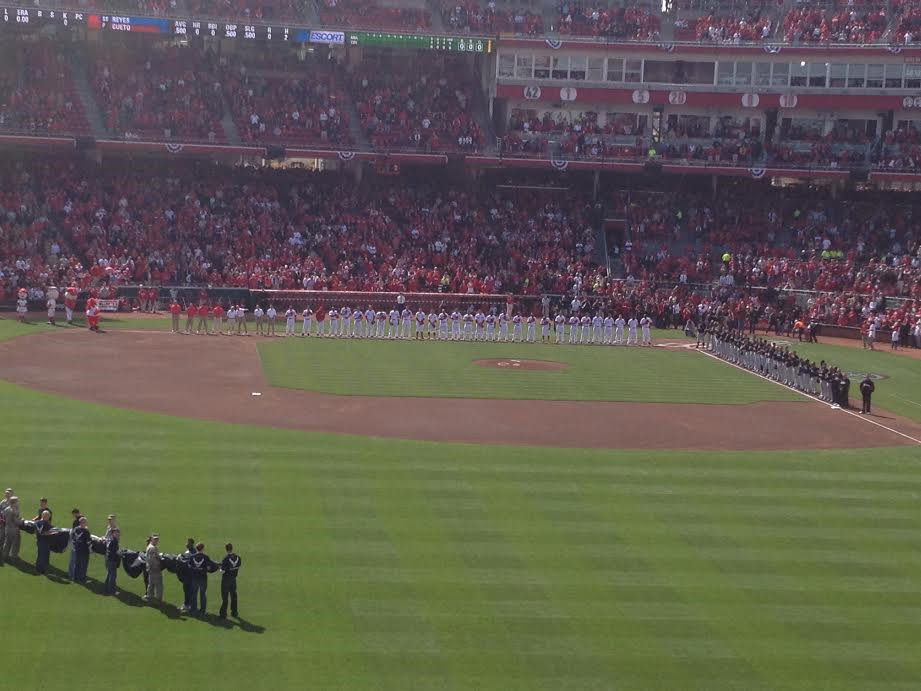 9) SEE THE WORLD SERIES IN PERSON – Some fans wait a lifetime to see their team make it to the World Series. Every year is new chance for great memories to be made or hearts to be broken. We all remember the big moments: Kirk Gibson’s homer, Bill Buckner’s error, Randy Johnson pitching in relief, etc, etc. Unlike the Super Bowl, both competing teams will get at least two home games which gives you a few chances at an affordable ticket and a lifetime of memories.

10) CHECK OUT A MINOR LEAGUE GAME – Every summer night, all across the country, young men are playing their hearts out hoping for a shot at the big leagues. You can watch it in person and you won’t regret it. I recommend going to a game AA or lower. The tickets are dirt cheap and there will be plenty of fun going on between innings. Plus AAA tends to have more career minor leaguers shuffling back and forth between the bigs. I once went to a minor league game in Arkansas and paid about $2 for a great seat and got a team signed baseball in the gift shop for $10, where else can you find those deals?

HONORABLE MENTION: Watching the Yankees play the Mets at Yankee Stadium, Seeing the set of Field of Dreams in Iowa and the Negro Leagues Baseball Museum in Kansas City are all worth a mention and worth seeing! 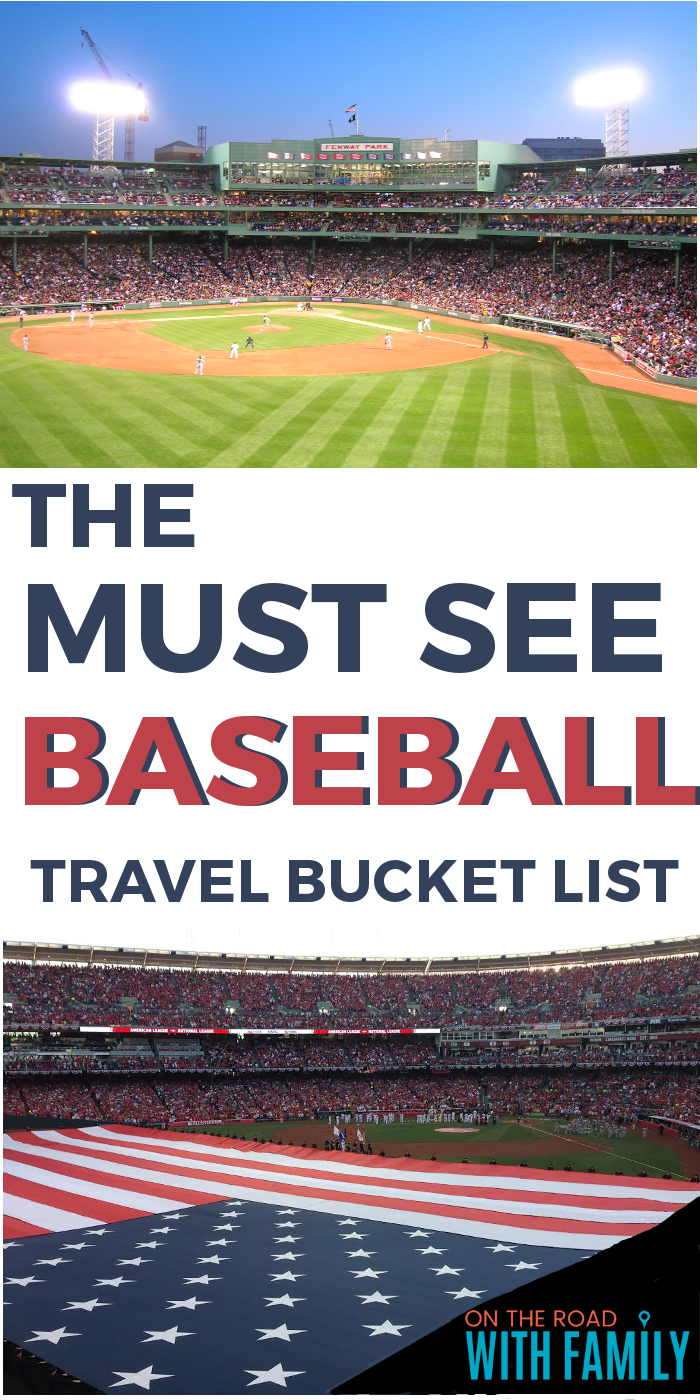