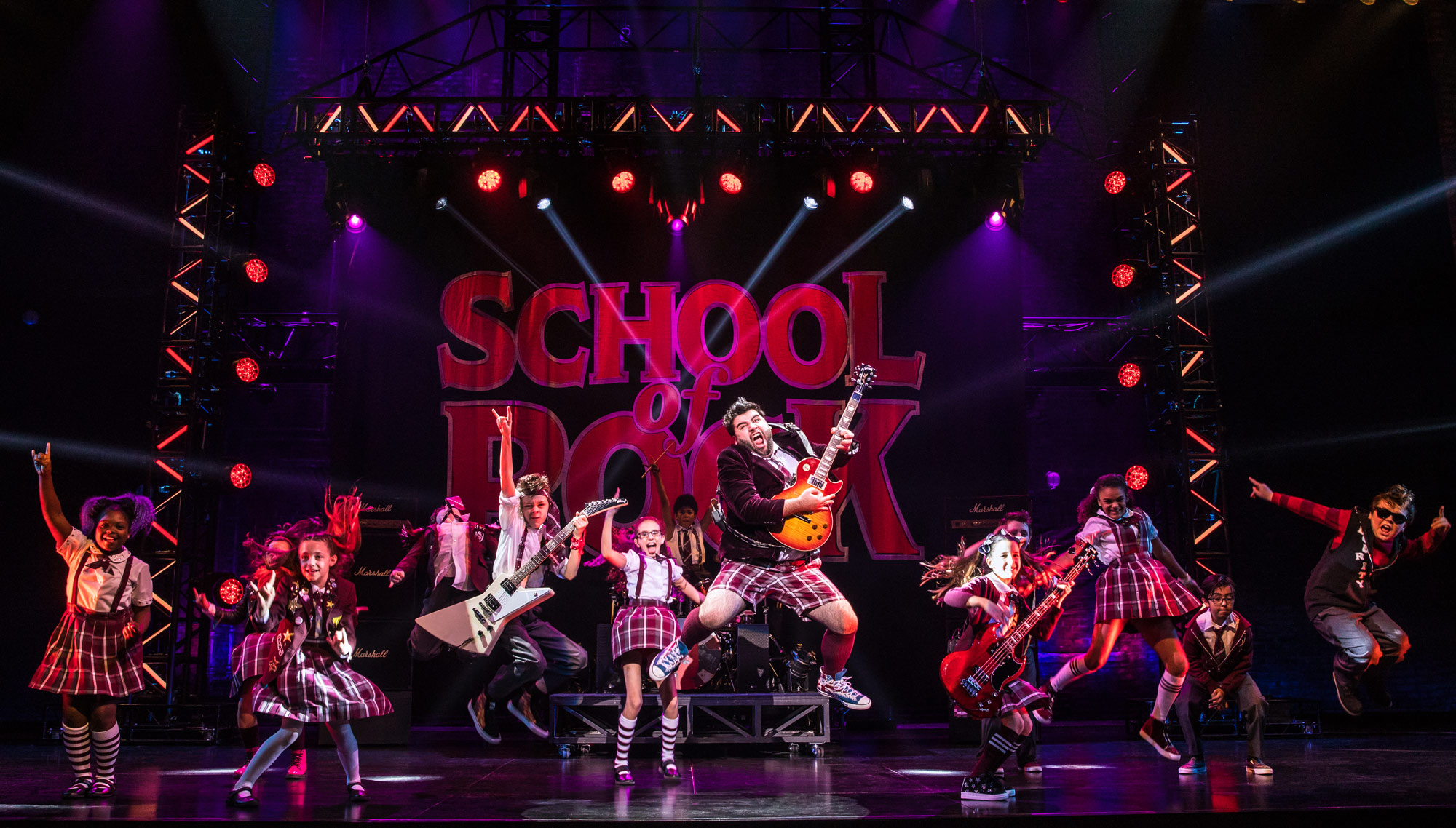 My husband and I had a wonderful date night on opening night of School of Rock, The Musical in Cincinnati.  It truly was an amazing show with a wonderful cast and some great music and fun to go with it! 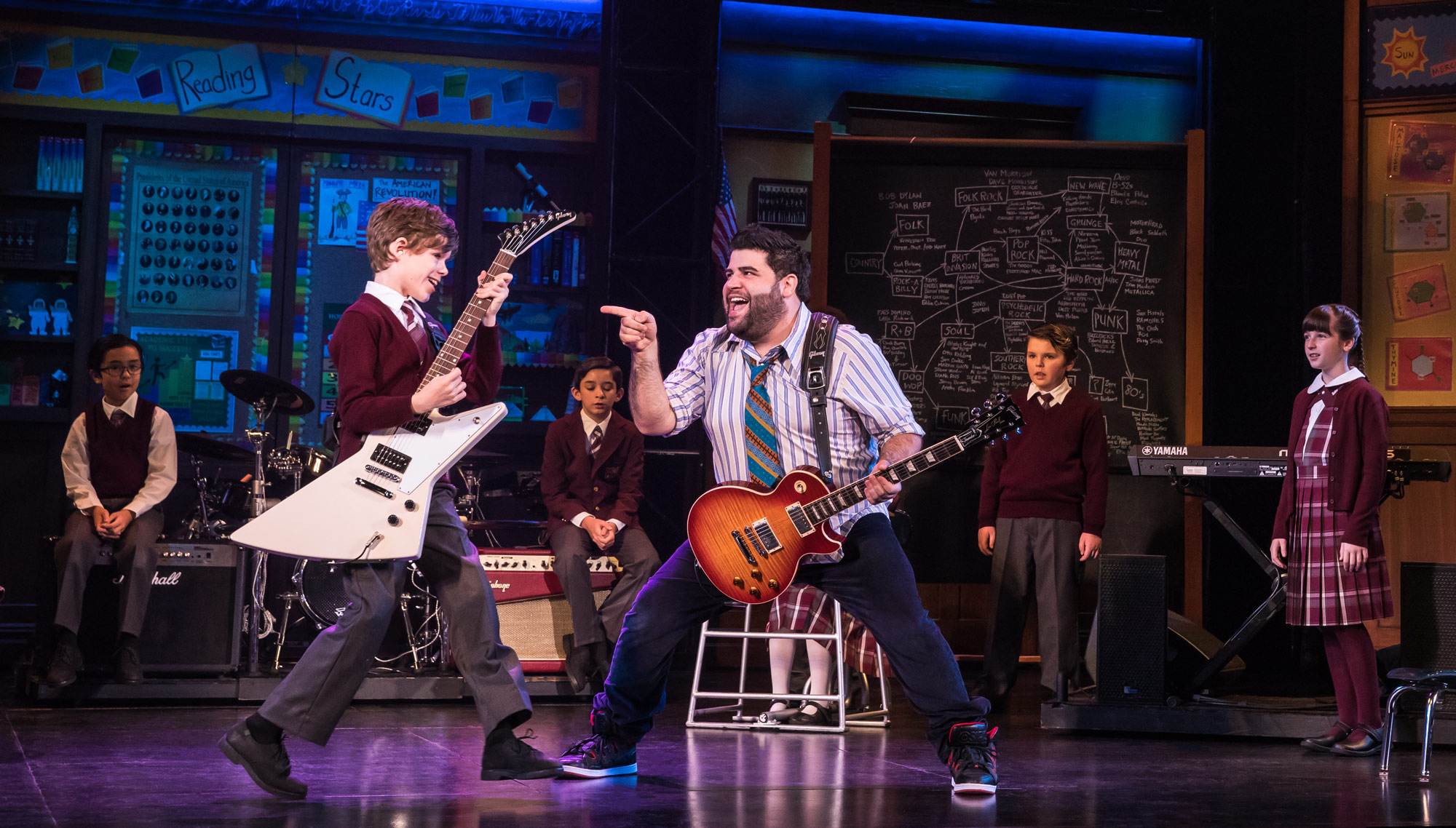 If you have watched the movie School of Rock you will know what a wonderful cast it had.  The movie was amazing and I wasn’t sure if we would love the Broadway Musical the same way!  Well, there was nothing to worry about because the show was phenomenal.  They announced before the show that the kids would be really playing the instruments and I was happy to know that because I would have been wondering. 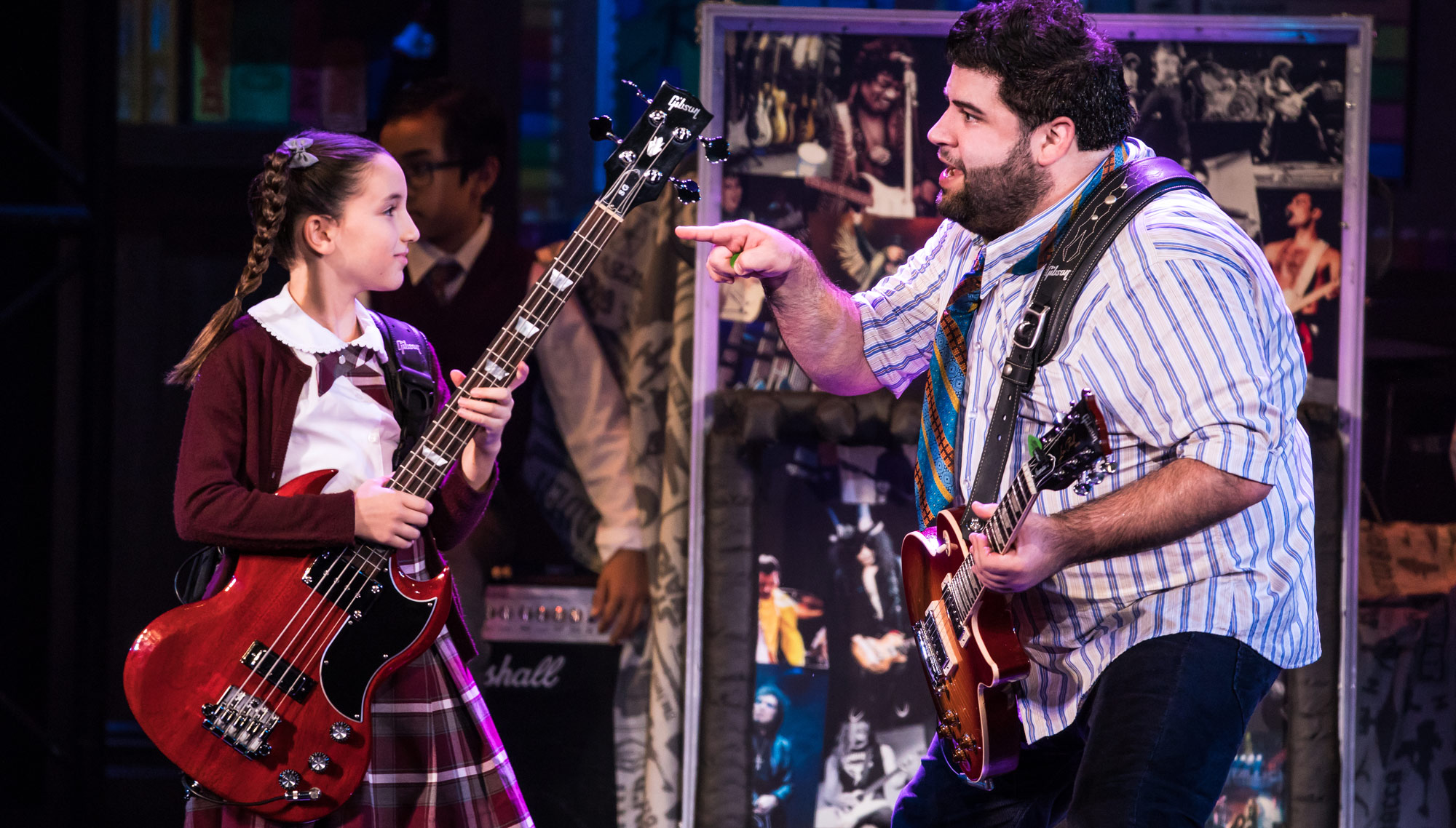 This is a musical for all ages.  I truly can’t think of an age group that wouldn’t enjoy this one!  It has amazing music, wonderful humor and the kids talent will blow your mind.  It is certaintly similar to the movie but adds more scenes with the parents, and adds a little more references to today’s pop culture to make it relevant for 2018.   Of course it is a musical so you will hear more songs and extra scenes for music! 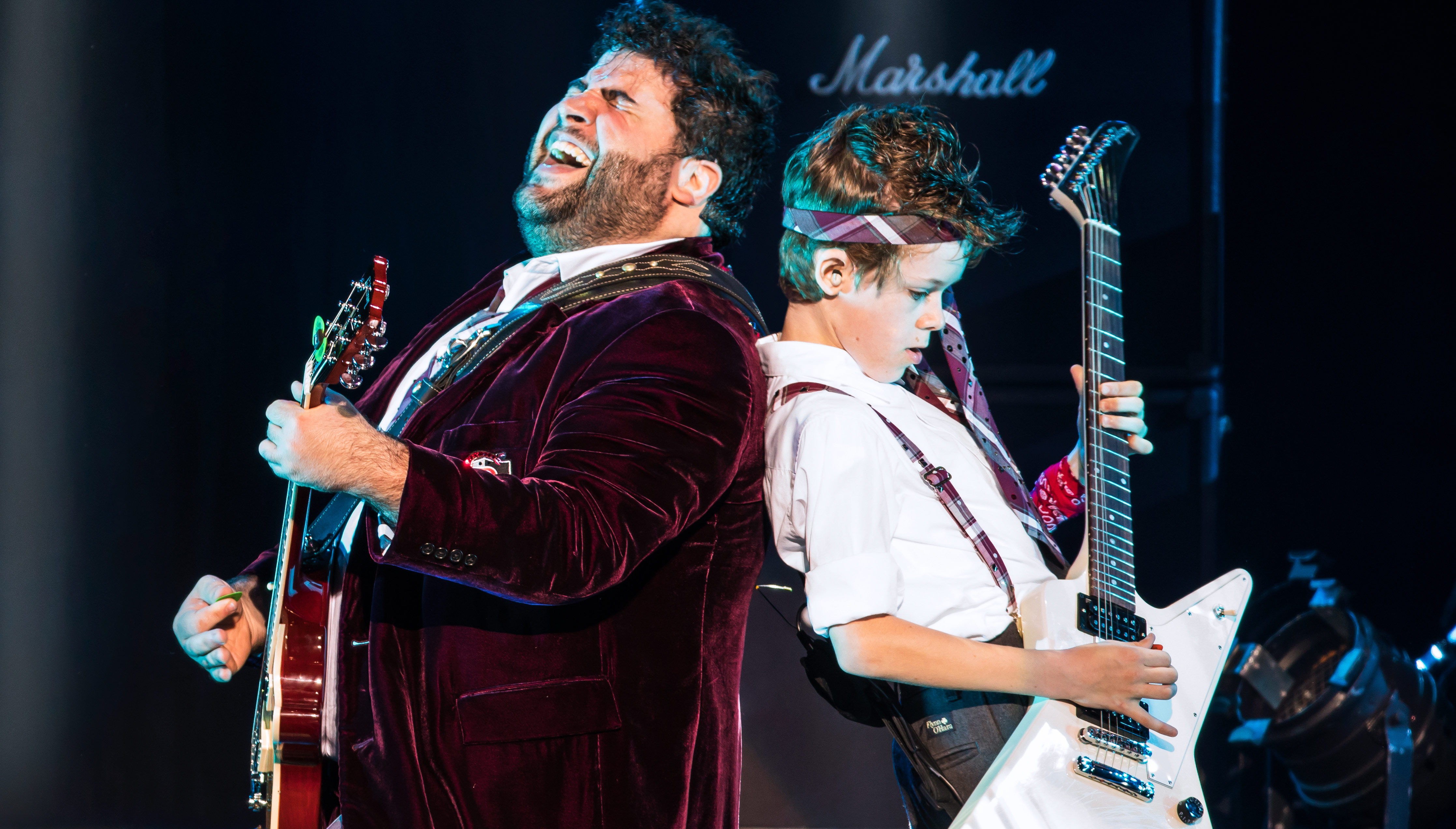 This is a high energy show that makes you want to jump up out of your seat!  The show was given a standing ovation and rightfully so!  We had a wonderful time and so glad we went! 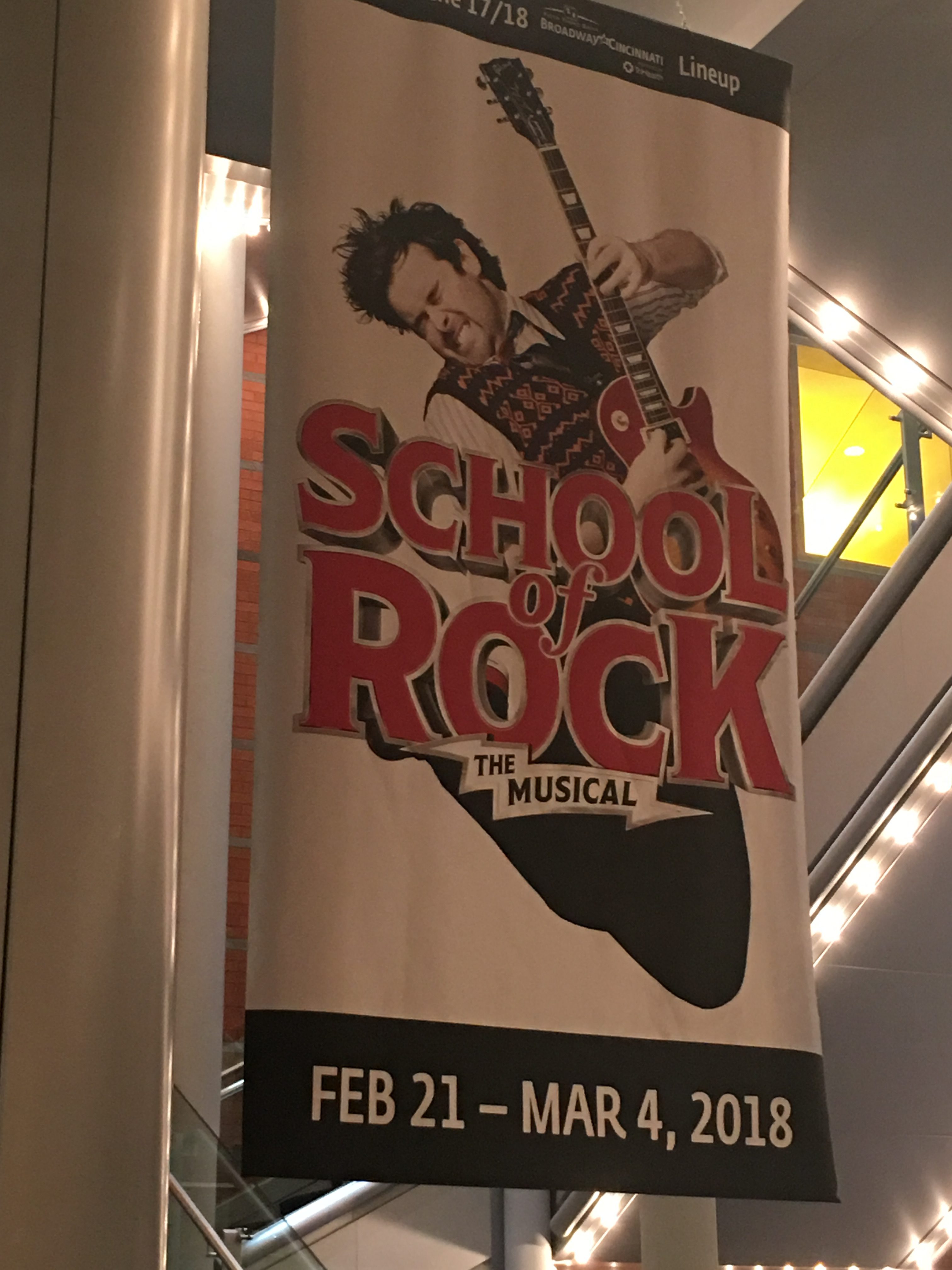 Check out the trailer to see what the play is all about! 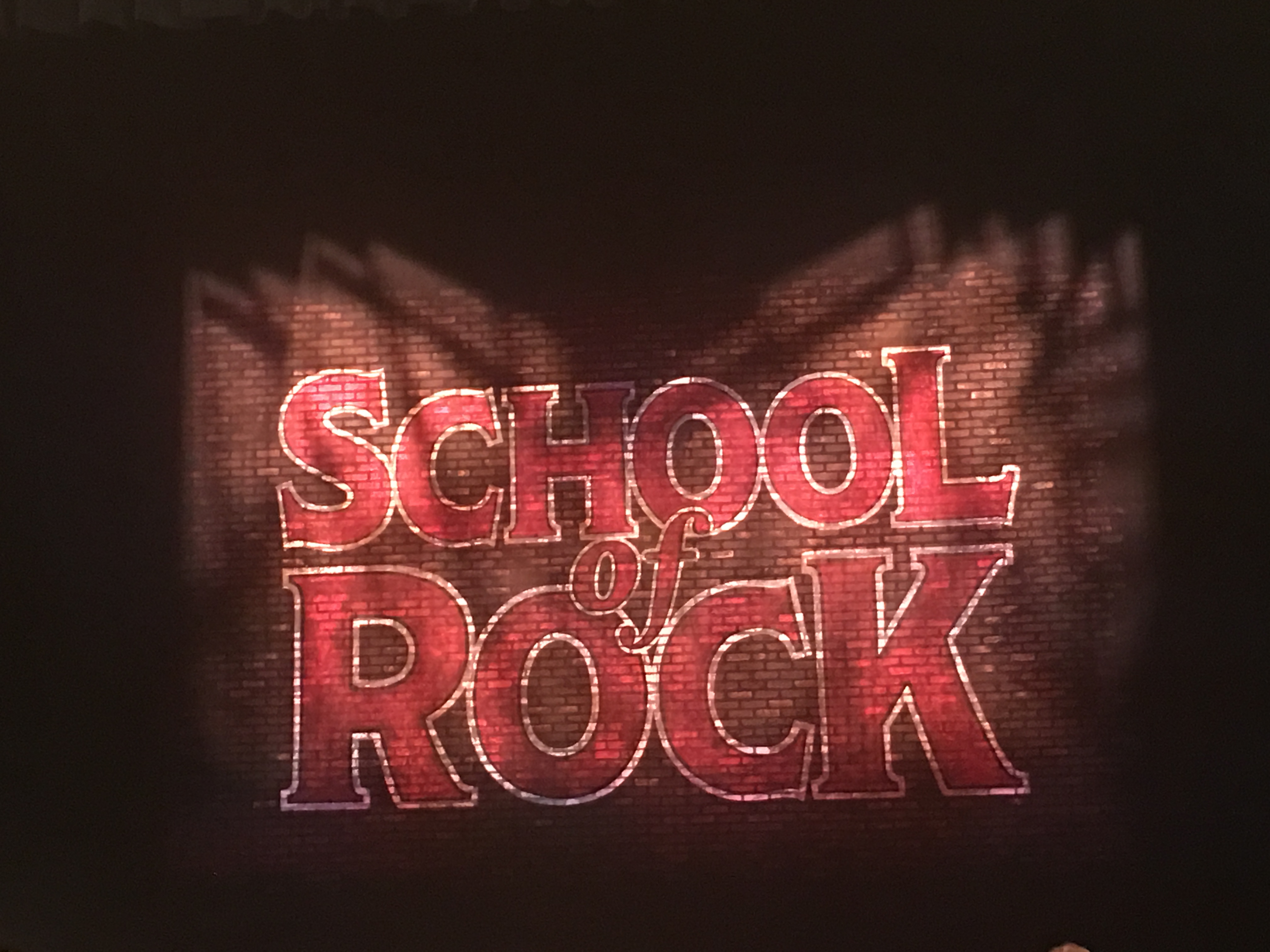 More About The Musical

Based on the hit film, this hilarious new musical follows Dewey Finn, a wannabe rock star posing as a substitute teacher who turns a class of straight-A students into a guitar-shredding, bass-slapping, mind-blowing rock band. This high-octane smash features 14 new songs from Andrew Lloyd Webber, all the original songs from the movie and musical theater’s first-ever kid’s rock band playing their instruments live on stage.  The play runs from February 21-March 4th.

The cast of School of Rock includes Rob Colletti as Dewey, Lexie Dorsett Sharp as Rosalie, Matt Bittner as Ned, Emily Borromeo as Patty and Deidre Lang as Ms. Sheinkopf.

Directed by Laurence Connor, School of Rock was nominated for four 2016 Tony Awards, including Best Musical, Best Book of a Musical and Best Original Score. The musical continues to play Broadway’s Winter Garden Theatre and the West End’s New London Theatre. The show’s score includes such popular songs as “When I Climb to the Top of Mount Rock,” “You’re in the Band,” “Stick It to the Man” and “School of Rock.”

Tickets start at $30 and are available at the Aronoff Center Box Office downtown at 650 Walnut Street, online at CincinnatiArts.org or by phone at 513.621.ARTS. For groups of 10 or more, contact the group sales department at 513.369.4363. Performance schedule, prices, and cast are subject to change without notice. For more information, please visit www.BroadwayInCincinnati.com  or ustour.SchoolOfRockTheMusical.com

Disclosure: I received tickets for review purposes. All opinions are 100 percent my own!

Get Your Travel Planner

Success! Thank you so much for subscribing! Make sure to check your email to confirm your subscription so you can get your freebie!

Angela is a writer and a professional blogger who loves to travel. She is a wife and mother of 3 and has a passion for family travel! She believes taking children places is education at its best and loves that it creates memories that last a lifetime! She also loves great books, spending time at her pool, and chocolate!

HAPPY Traveling! Our worksheets are designed to make traveling a little more organized and fun! Get this great resource free from On the Road with Family–just our little way of helping you get ready for your next family trip!