You could probably spend a month sightseeing in New York City and still not be able to see everything the city offers and most of us are lucky if we have even had a full week to go on vacation. So if you want to go to NYC but don’t have much time, here are a few highlights that you won’t want to miss.  This trip would be great for a couple or with kids, especially tweens and teens!   There are so many educational things to see in the city!  Here is how to do New York City in a weekend. 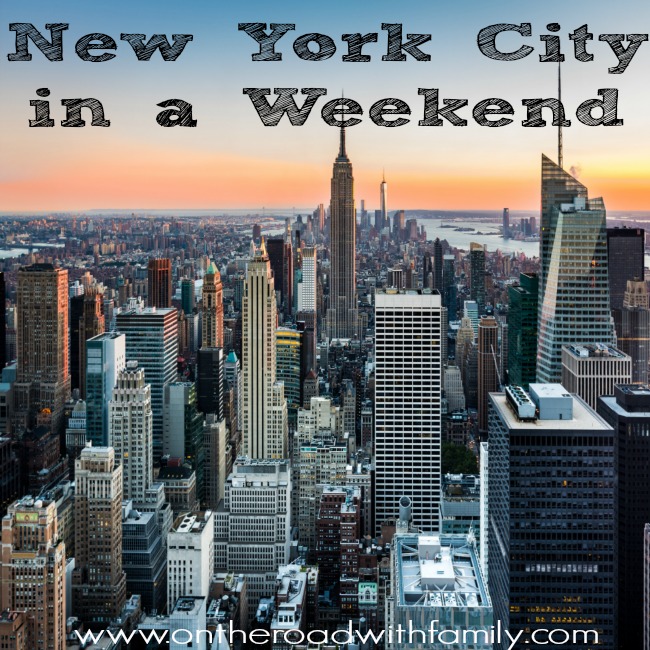 1) National September 11th Memorial & Museum –  If you’re an American old enough to remember 9/11, you probably know exactly where you the minute you heard the news.

San Diego in a Weekend

A Weekend in St. Augustine

That moment and the following days are etched in the minds of everyone in the US. The museum is intense and extremely moving as it tells the story of how the day unfolded and how it transformed the city and the nation. The museum tells the story of the victims (sometimes in their own words through frantic voicemails) and the courageous first responders, many of whom lost their lives as well. The artifacts are extremely moving and sometimes hard to look at. This is no ordinary museum and its impact will stay with you for a long. If you could only do one thing in New York City, this should be it. Allow yourself at least three hours in the museum.il 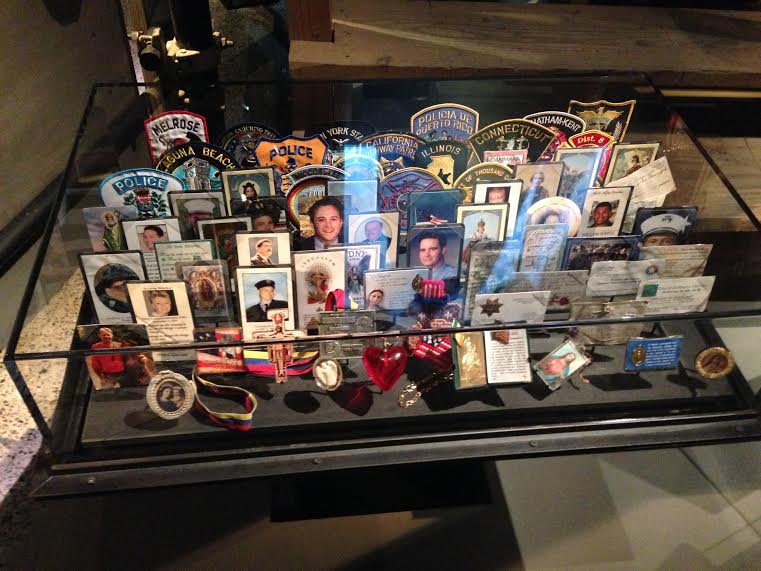 2) Take a Water Taxi to see the Statue of Liberty – We took an evening cruise past the Statue of Liberty and it was a great way to spend an hour. The views of the skyline are breathtaking at night and while the water taxis won’t take you to the statue, you will get close enough for some fantastic pictures. We found a tour on Groupon at a very reasonable price and it included a drink. The tour guide on the boat was very helpful. Be careful before booking though, my wife and I had a great time when we went but she returned to NYC and took a cruise through a different company she said it was not nearly as well done. I recommend reading reviews before making your final choice. 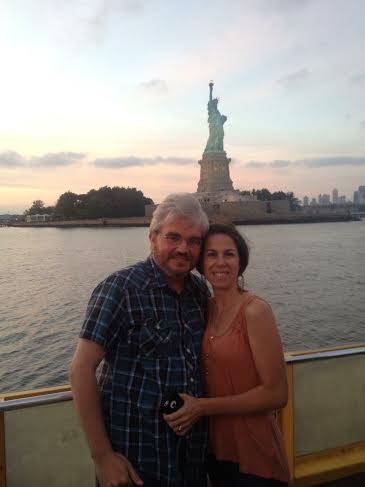 3) Eat Some Pizza –Everyone has an opinion on whether New York or Chicago has the best pizza. There’s only one way to find out and you should grab a slice while you’re in the Big Apple. There are so many different pizza places to choose from and there are plenty of debates on the best but I would recommend trying Totonno’s for a slice of
authentic New York pizza.

4) Times Square –Times Square is iconic and you should check out all the lights. It is a great place to people watch and there are all types of characters there (both literally and figuratively). While you are walking around, stop in the giant Toys ‘R Us. 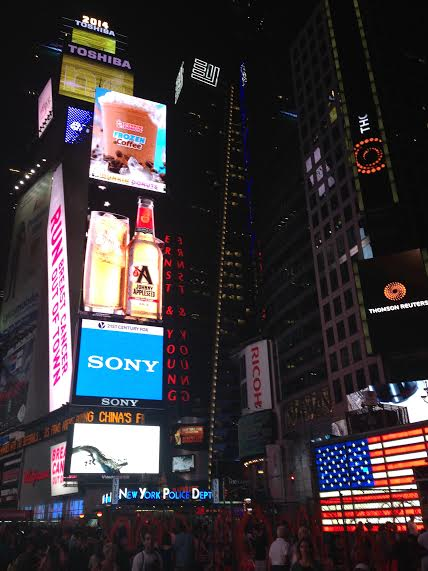 5) Central Park –Take a little break from the hustle and bustle of the city with a stroll through Central Park. There is a zoo on site, concert performances and great views everywhere. I especially enjoyed Strawberry Fields with the tribute to John Lennon.

6) Coney Island –The amusement park rides at Coney Island are a throwback to simpler times. The rides are independently operated so you only have to pay for the ones that you want to ride but its free to walk around and take everything in. During the summer months, the rides are open every day and there are fireworks on Friday nights. Nathan’s hot dogs are a New York staple and there’s no better place to enjoy one than its Coney Island location. While you are at Coney Island, take a walk on the beach and enjoy the Ocean views. 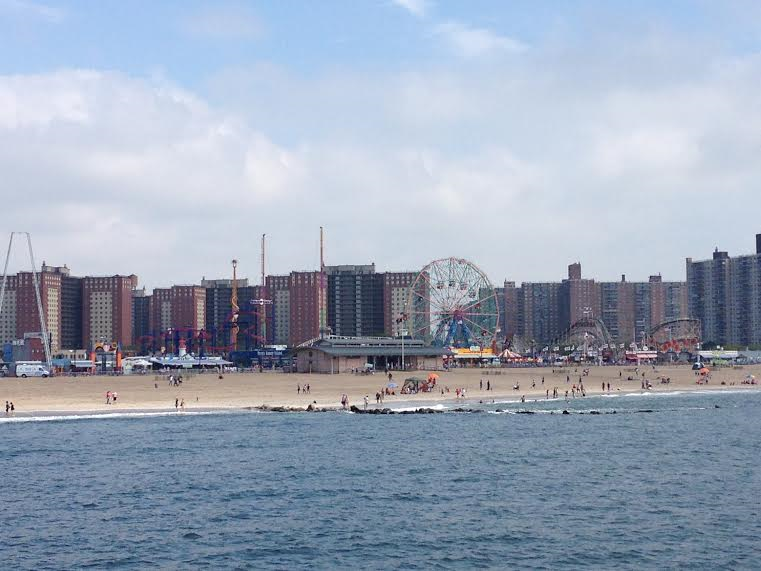 7) Fraunces Tavern –This is the oldest structure in Manhattan and was where George Washington gave his farewell address to his officers. There is an onsite museum but it is still an operating restaurant and bar. The food was very good and the prices were reasonable. 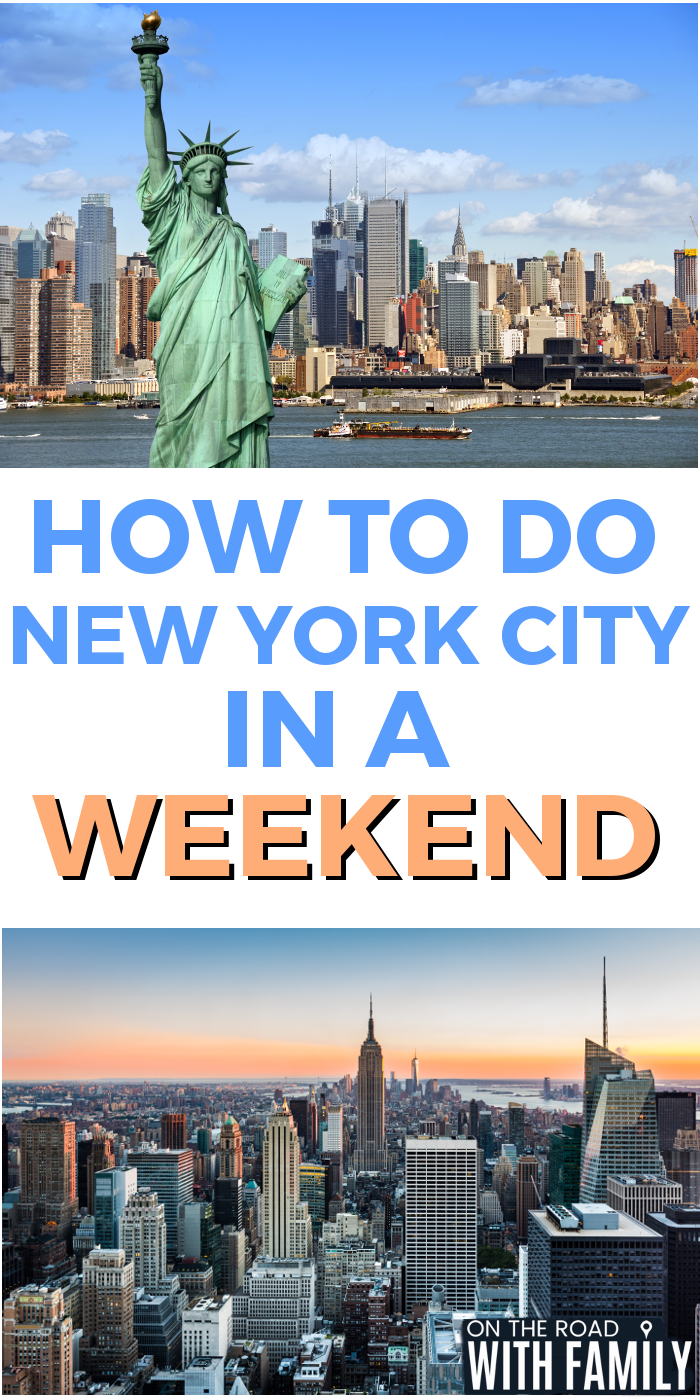