When you are traveling kids, life is so much easier if you make a few side trips.  Let’s face it, your kids are going to be pumped about the trip and they’ve got energy to burn.  When live near Cincinnati, so almost every Florida trip requires a drive down I-75.  I’m going to do a run down of some of our favorite stops.  Obviously, we can’t stop at all of these every trip but there are plenty of places to choose from when trying to kill a little time.  Stops are listed in the order in which you would encounter heading south on 75. 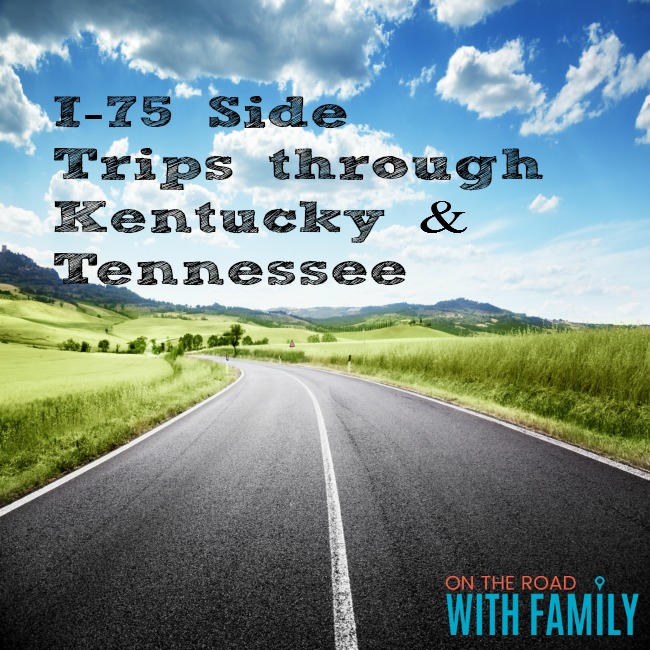 1) Kentucky Horse Park– This is no quick stop, so if you don’t have at least three hours you want to kill, you will want to save this for another day.  Tickets during the summer are $20 for adults and $9 for kids.  This gains you admission to two museums and the grounds of the horse park where you can visit the graves of famous horses such as Man-O-War and War Admiral.

2) Renfro Valley– We rarely take a road trip down 75 that doesn’t include a stop in Renfro Valley.  It is located right off of the highway and is a great place for kids to run around for a few minutes.  There is a small town complete with old school house, a church, shops and restaurants.  Most of the town is closed on weekdays but you can still look around and stretch your legs.  If you go on the weekends, the little town is packed with people getting ready to attend one of the live concerts they put on.  Right next door to Renfro Valley is the Kentucky Music Hall of Fame which is worth a visit if you have a little time.

6 Must See Attractions in Memphis, Tennessee 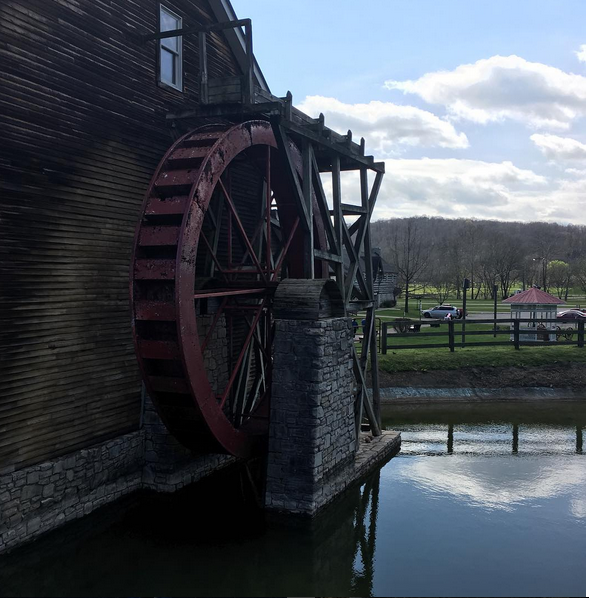 3) The First KFC–  When people think of Kentucky one of the first things they think of is Colonel Sanders and Kentucky Fried Chicken.  In Corbin, Kentucky just off I-75 sits the location of the Colonel Sanders first restaurant. Today part of it is a modern KFC and the other part is a museum to the Colonel himself, giving you a glance of what the restaurant would have been like if you would have visited it in the 1940s.  Well worth a pit stop, especially if you’re ready to eat.

4) Cumberland Falls– Also in Corbin, although a bit of a drive from the highway, is the Cumberland Falls State Resort Park.  Often referred to as the Niagara Falls of the south, Cumberland Falls is extremely beautiful and it’s free to visit.  You can spend a lot of time here if you enjoy hiking but its also good for quick stroll and photo op.  If you happen to be traveling nearby during a full moon, you can see a moon bow (a rainbow caused by moonlight).  This is the one of only two places in the world where this phenomenon occurs. 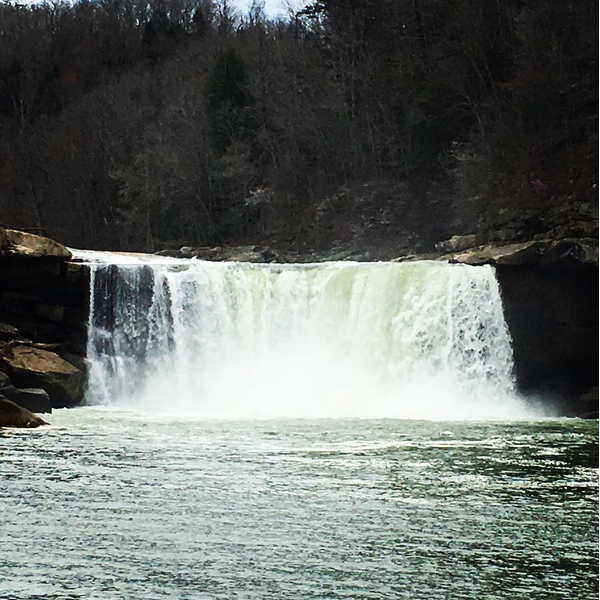 5) Museum of Appalachia– Just south of the Kentucky border in Clinton, Tennessee is the Museum of Appalachia.  For years I would see there signs on billboards but never stopped in.  Once I did, I thoroughly enjoyed it.  You will need at least a couple hours to make the trip worthwhile because there is so much to take in.  The museum was founded by one man who was dedicated to preserving the history of the Appalachian region.

Many of the people that you learn about in the museum won’t be found in any history book rather most are regular people who embodied life in the region.

6) World’s Fair Park– The park is a slight detour on your route to Florida but if its summer time and you have kids, you should stop.  The site of the 1982 World’s Fair hosts a large playground and water fountains that kids love to run through.  Our kids could have stayed their for hours.  Nearby is the famous Sunsphere that was built specifically for the World’s Fair (if you’re a Simpsons fan, you’ll remember the family visited the Sphere which a fictional hat shop).  When we stopped the elevator ride to the top was free and offered great views of the area. 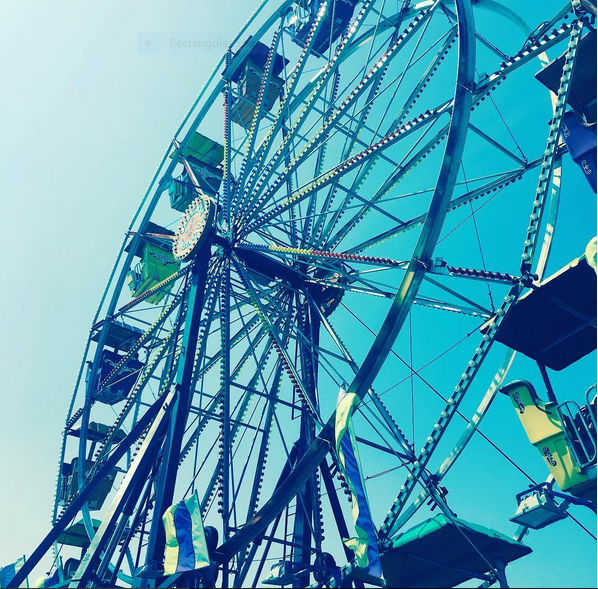 7) Blood Stained Crypt of Nina Cragmiles- Located just a few minutes off of 75 in Cleveland, Tennessee lies a unique mausoleum located in the middle of town.  This is the final resting spot of Nina Cragmiles who died as a young girl in a carriage ride.  The legend is that blood covers the tomb in various places despite attempts to clean it.  Indeed, if you walk around it, you will see several areas that look like blood streaks.  If your kids are into ghost stories, they will love this stop.  It’s free to see and only takes a few minutes to walk around.

8) Rock City/Ruby Falls– If you are adult of a certain age, you no doubt remember the signs that used to litter the highway for these attractions.  We spent an entire morning just doing Rock City so if you want to hit Ruby Falls as well, plan your day accordingly.  The kids loved walking through Rock City and taking in all of the views including the spot where it is said that you can see seven states.  Rock City involves a lot of walking and is not for anyone who is scared of heights (especially the famous lover’s leap).  Ruby Falls is nearby and gives you the chance to take a cave tour to see an amazing underground waterfall. 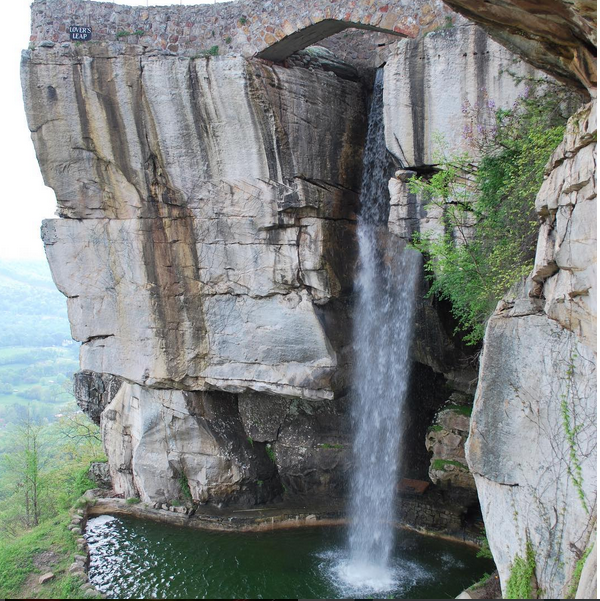 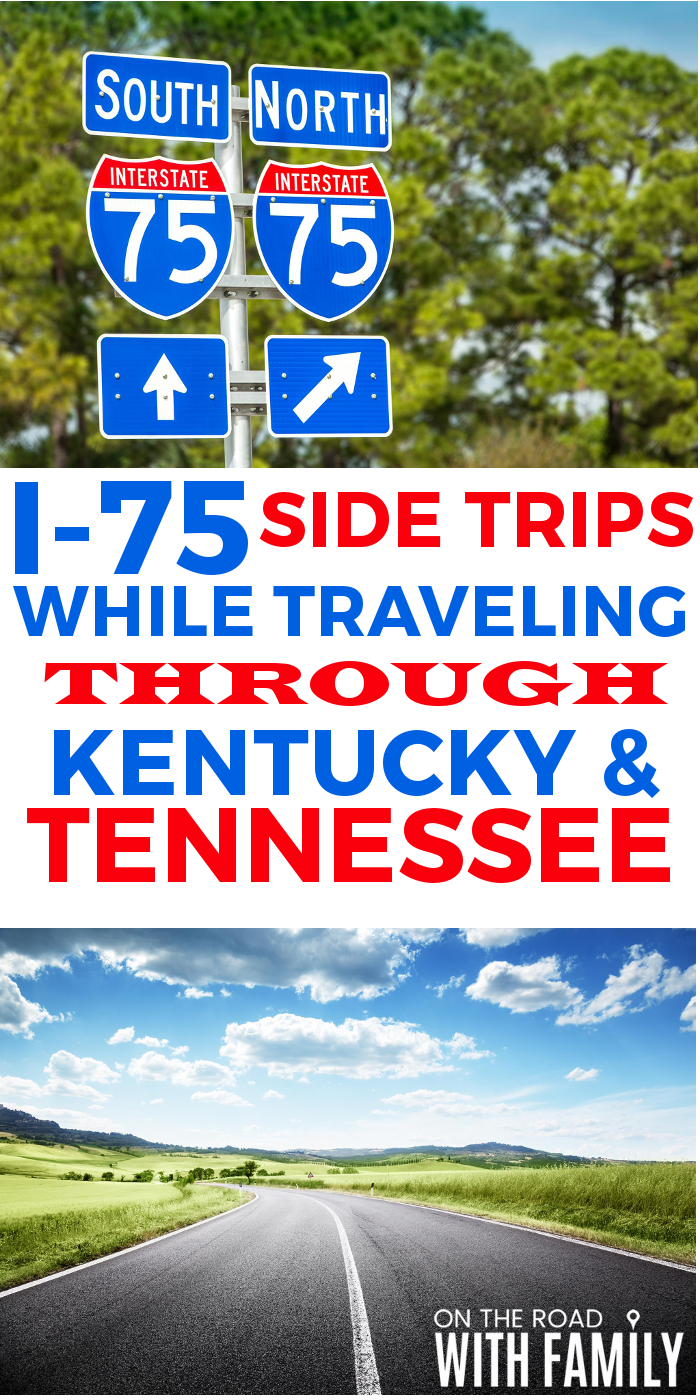